“If you do not read—or even know—the Hudson Review…you’ve been missing irreplaceable joys.”

— The Baltimore Sun
< Back 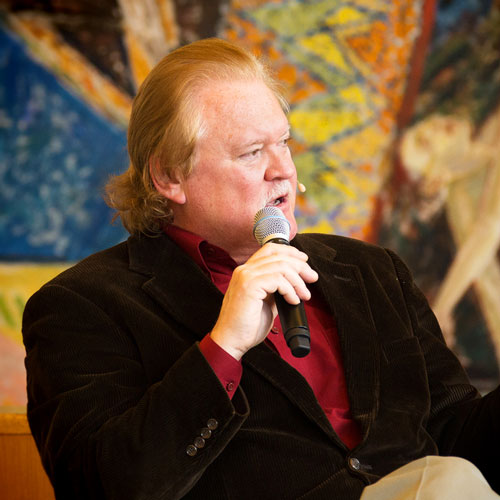 Working a #30 Sash Tool, Thinking about the Pope

“There is no hurt in this profession,” Buck muttered,
Checking a door for skippers.
He was thinking about spaghetti
And glancing at his watch—10:30.
He reminded himself that he was tough
And could take it. He worked like that awhile,
Taunted by the vision of a savory meat sauce.

Meanwhile the radio informed him of the Pope’s condition.
The Pope was dead, was gravely wounded.
The Pope escaped serious injury.
Bystanders were injured or praying.
One bullet was fired and there were many.
The assailant acted alone and with others.

Buck was furious.
He hated the voices that fed him the news.
He hated the bleeders supporting gun control.
“That’s the trouble with foreigners,” he grumbled,
“Always singing too loud and losing their tempers.”

Buck devised a program of blood control.
He wondered just how his country could do that
And did not think of his Scotch and German forebears.
He was American, the best damn painter
In Southern Indiana. Didn’t he mix his own colors?
Hadn’t he won the contest?

“Nobody will shoot me in this profession,” he stammered.
Then he crossed himself and prayed for the Pope.
“Up here on this ladder I feel close to God,” he whispered.
He thought of the Pope falling into the arms of his secretary.
Had he fallen like a lovesick girl or like a child
Walking a ledge, astonished at missing a step?

These images of softness were foreign, also.
Flustered, he shook himself thinking
“He fell like a man shot in a jeep.”
But a voice somewhere was saying
“The Pope is not a man.” Buck finished off
A run of putty and spoke as wood might speak—“He fell.”

Buck thought about his wife, happy in her kitchen,
Who had probably turned the radio off
At the first report, hating the terror
And the intrusion on her easy listening.
He did not know which she had hated most
And he did not want to think more on it.

He knew that the look on her face would be grim
As she’d turn to her recipe box with a passion
Which he would call vengeance. He was sure
She’d run out to meet him on the driveway
And he’d puff up like bread in her arms and she’d say
“Isn’t it awful? Guess what we’re having for supper.”

“The world is sick but I’m getting by,” he snarled,
Working a toothbrush dipped in thinner under his nails.
He was looking ahead to a round of golf,
To the next job and the next.
He was doing his part. Not for himself or his wife,
Not for you or me. Just doing it.