“One of the most prestigious of American literary quarterlies.”

— The New York Times
< Back 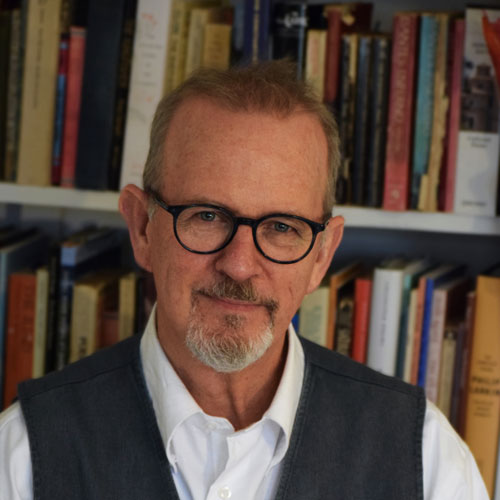 Soften the blow, imagined God, and give
Me one good reason for this punishment.
Where does the pressure come from? Is it meant
To kill me in the end or help me live?
My thoughts about you are derivative.
Still, I believe a part of me is bent
To make your grace look like an accident
And keep my soul from being operative.
But if I’m to be bent back like the pole
A horseshoe clangs against and gives a kink to,
Then take me like the grinning ironmonger
I saw once twist a bar that made him sink to
His knees. His tongue was like a hot pink coal
As he laughed and said he thought that he was stronger.

Roland was a Paladin of Charlemagne,
And he was my mother’s cousin. The Paladin
Served Charlemagne and died, blowing his horn.
The cousin spent a day with her at the fair
Over sixty years ago. The great Paladin
Enjoys an epic named after him.
The cousin is remembered as a big kid
Who never grew up. His first wife left him,
Taking only the pillows from the pool furniture.
Roland the epic hero was betrayed
By a fellow Paladin. Roland the cousin bought
A box of face powder for his younger cousin,
And on the octopus, which they had ridden
So often the owner let them ride for free,
He convinced her to open up the box.
Roland’s horn resounds through ages
Of high school lit classes. There’s a cloud
The carnie thinks is an explosion and stops
His ride, and banishes the powdered laughing children,
Roland, the young hero, and my mother
Creamy with dust in a new blue coat.
Roland’s song comes down from the Pyrenees.
His namesake went back to school, after his wife left,
Became a mining engineer, worked in North Dakota,
Married again, learned after the death of his parents
He’d been adopted, was devastated, and died
In his late 30s of congenital heart failure. He lives on, though.
An old woman remembers that day at the fair
And as much of his life and fate as any of us
Is likely to have immortalized in song.