“The list of those who began their careers in the journal includes some of the most formidable writers and poets in the second half of the 20th century.”

— The New York Times
< Back 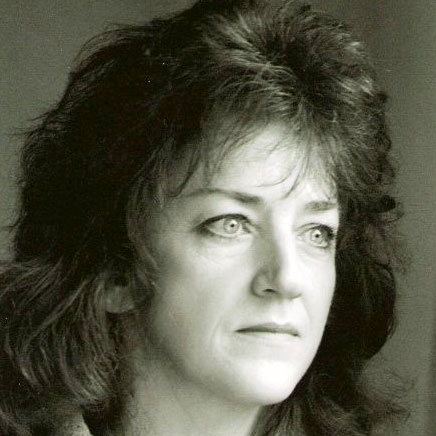 Photo courtesy of the author

Primping in the Rearview Mirror

after a solid ten-minute bout of tears,
hoping that the Safeway man who stocks the shelves
and talked to you once for thirty minutes about specialty jams,
won’t ask if you’re all right, or tell you you look like shit
and then have to apologize as he remembers that you don’t
like cuss words and you don’t date ex-prison guards
because you’re married. The truth is you’re afraid
this blue-eyed charismatic sexist hunk of a reject just might
trigger another round of tears, that you’ll lean into him
right in front of the eggs and milk, crying like a baby,
your face buried in his chest just below the two opened
buttons of his tight white knit shirt, his big cold hands
pressed to the small of your back, pulling you closer
to whisper that everything will be all right.

Do not forget to entertain strangers, for by so
doing some people have entertained angels
without knowing it.
—Hebrews 13:2

If the almost perfectly fluted edge
of your homemade pumpkin pie’s crust burns
even though you carefully crinkled aluminum foil around it
as soon as you noticed it was browning way too fast,
for goodness sake don’t cry. Just cut it off.
Swirl Cool Whip around where the crust was.
Nobody really cares. They will eat it.
Life will go on, trust me. The truth is
There’s always someone with a sadder story.

If your father hasn’t had both of his legs amputated,
if he isn’t lying on a pee-stained mattress;
doesn’t have bedsores, a diaper rash, a shriveling liver,
a bad heart and cataracts; if your sister
isn’t burnt black from neck to groin
from radiation, if chemo
doesn’t have her full of phlegm and bile, trust me,
these are your good times.
The trick is keeping busy, cleaning house, cooking, opening
your door to strangers, entertaining all possible angels.